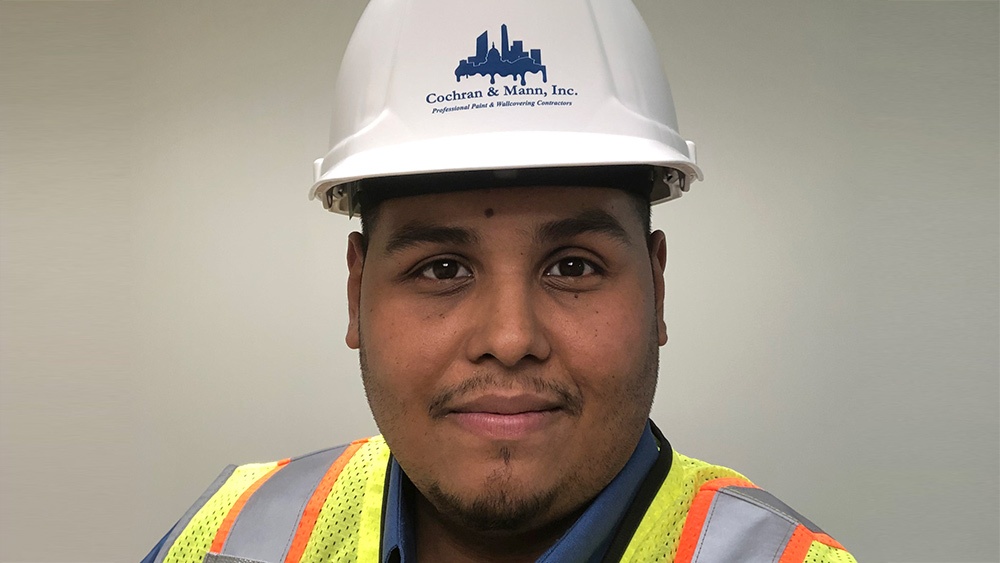 Carlos began in the construction industry in 2010. He was hired as a carpenter apprentice for a concrete contractor in the Washington D.C. metro area. After a year, he was promoted to a carpenter.

During a job, an onsite safety manager noticed that Carlos was “bilingual, young, and enthusiastic.” He asked if Carlos was interested in becoming a safety carpenter.

After training and a few years of field experience, he became the safety manager for multiple concrete contractors. He then worked as a safety director for a masonry construction company, acting as head of the department.

“I was very happy about the impression they gave, the people, their backgrounds,” Carlos recalled.

After a “great meeting,” Carlos was hired to replace a part-time safety consultant.

To begin, he established new safety policies and developed a safety orientation for corporate and field employees. He converted a conference room in the Gaithersburg office into a brand-new training center for the program.

“My goal is to have all employees receive safety training,” he said. “The more training they have, the more aware and knowledgeable they are about injuries and illnesses in the construction industry.”

Carlos also took all employees through first aid and CPR, hazardous communication, respiratory protection, and silica trainings. He taught field workers how to properly use hand and power tools, as well as boom, fork, and aerial lifts.

During this training, he placed an especially high emphasis on fall protection, ladders, and scaffolding -- and with good reason. Falls were the leading cause of death for construction industry workers and accounted for nearly 40 percent of accidental fatalities in 2016, according to the U.S. Department of Labor.

While commercial painters and wallcovering professionals were in a low-risk sector of the construction industry, safety of field workers was still a high priority for Cochran & Mann.

To round out the training, Carlos, an OSHA-authorized safety manager, covered all guidelines for accident prevention, promotion of health and safety, and adherence to the legal codes of OSHA and the EPA.

Because “OSHA monitors the volume and nature of workplace injuries and fatalities closely,” it helps safety directors and managers like Carlos “form new and more effective safety standards for the future.”

As the next part of his radical change, Carlos ordered upgraded field equipment for chemical protection, including fogless safety glasses, tighter dust masks and face shields, and gripped gloves that are rewashable and highly dexterous.

To keep safety as the foundation of every project, Carlos ensured that Cochran & Mann’s health and well-being was a priority for every single employee.

“I’m here to help everyone,” from foremen to painters to project managers.

With impressive goals like “zero incidents every day” and “all-time low safety ratings,” Carlos plans to reach these ambitions through his new orientation program, educational training, the best equipment, and regular safety meetings.

“We want to be the best painting contractor out there,” and safety is a pivotal first step in the right direction.

To learn more about our award-winning team of managers, click below to subscribe to news from Cochran & Mann: